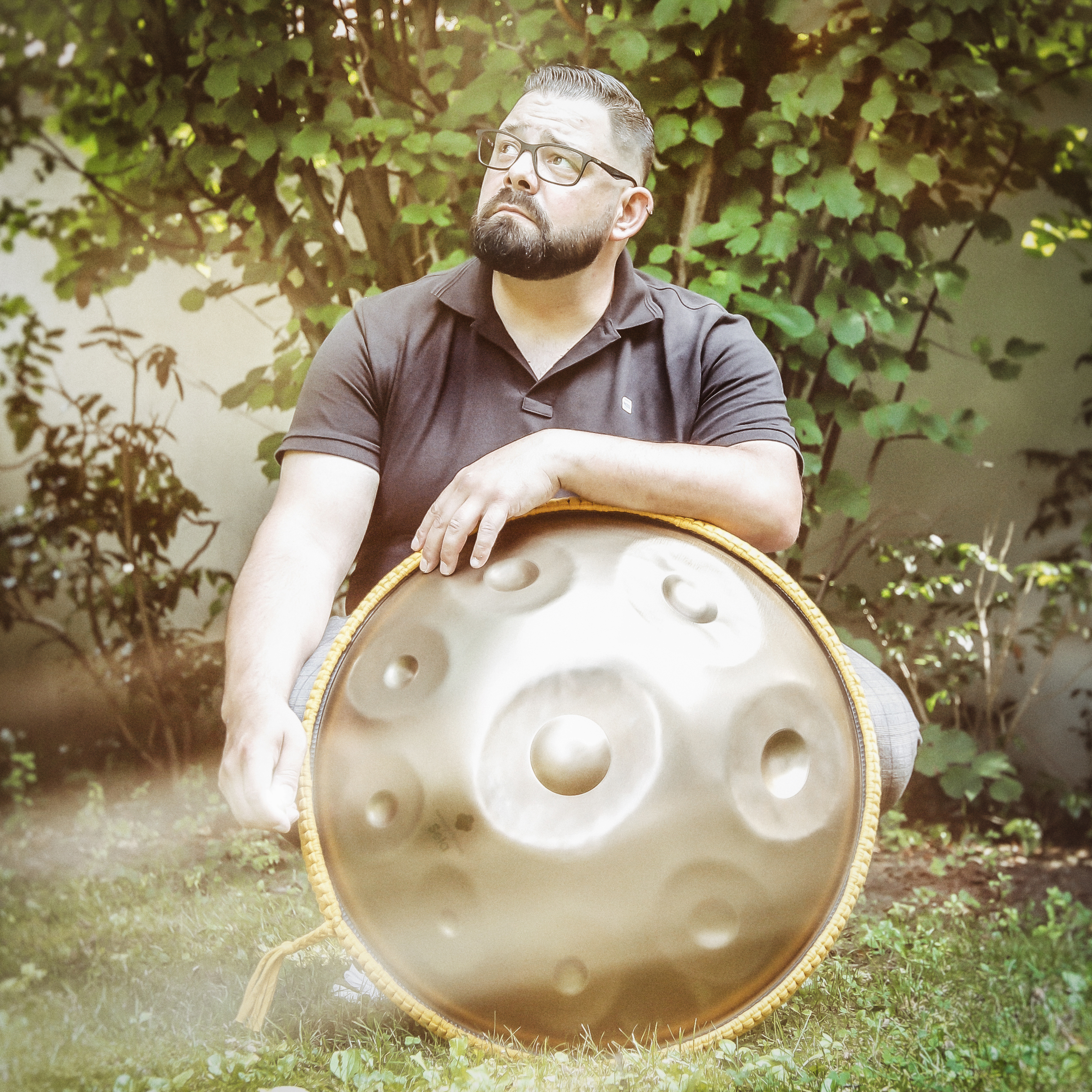 Enrique is a multi-instrumentalist, photographer and digital artist with Spanish roots from Nuremberg...
...at the tender age of 4 he got a harmonica in his hand and started playing after a few minutes.

Playing the harmonica was then replaced in elementary school by the soprano flute, and later he was active for several years as a bagpipe player in the "Banda De Gaitas Da Diaspora Nürnberg". The Galician folk instrument was then literally hung up on the nail a few years later and replaced by the Spanish guitar. After jumping in at the deep end, he was accepted as a permanent member of the gipsy-rumba combo "Los Gipsies" after their first performance. There he enriched the six-member musician troupe as the fourth guitarist and third voice. Later he began to compose and write his own songs until about 2001.

Then there was nothing going on purely in terms of music for a few years, until 2011 when a work colleague showed him a handpan video and that's when it happened for him. After a dry spell of five years, he was finally able to hold his first handpan in his hands.

Since then, he has developed progressively and continues to land new gigs - a very personal highlight was the audience of the Nuremberg Christkind Benigna Munsi, who then immediately wanted to try out the mega-instrument.

The past years he enriched with his own compositions various events such as vernissages, new location openings, LivingRoomConcerts, sound and mediation events and all volunteer performances.

"This instrument somehow combines everything - percussion, harmony and melody - I have to get one somehow" these were his first thoughts after watching the video.

(Almost) no day goes by without handpan playing - it's just part of his life now.