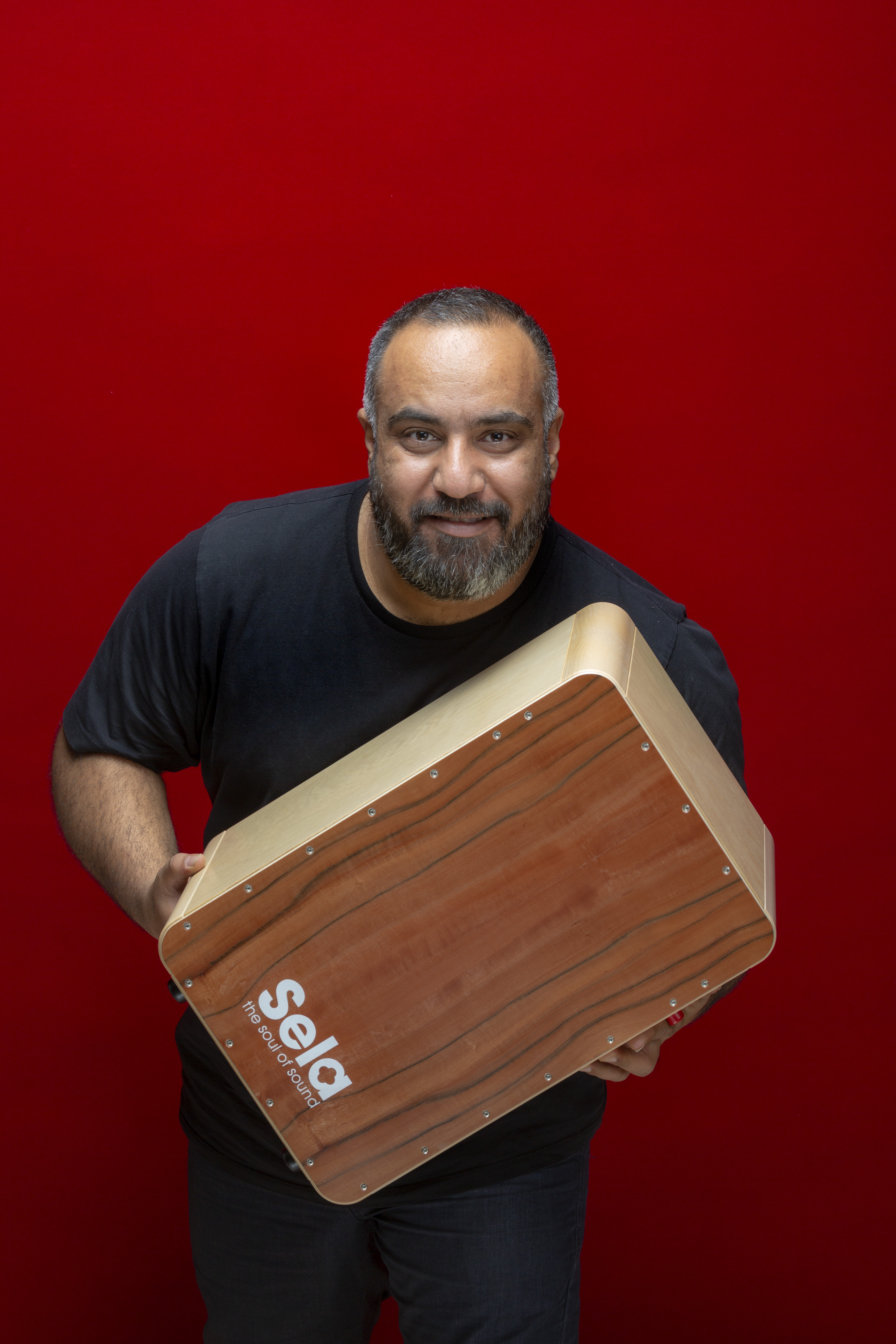 Ehsan Shafiee was born on 9th November 1982 in Tehran. From early age he showed immense interest towards percussion instruments. At the young age of 6 he started to learn the Persian instrument called “Tombak“. In 2001 Ehsan began learning the Latin percussion instruments. In 2004 he participated in the courses of Homayoon Nassiri. This was the turning point of his career. From now on playing this instrument became a major part of Ehsan’s life.

In 2009 Ehsan joined the renowned Persian group called “Darkoob band“. The quality of the musicians in the band, combined with the fact that Mr. Nasiri was the head of the band, played a major role in Ehsan's reputation as a musician.

From that period onward, he collaborated with numerous bands and artists for four years, including the Violet Symphonic Orchestra, the “Faseleh Band“, the “Vasle Yaar Band“, “the Maantra Band“, and many others. For a while he also led the band of Mr. Roozbeh Nematollahi, one of Iran’s most famous artists.

To expand his musical knowledge with professional help, Ehsan travelled to Cyprus in 2012. He collaborated with a number of musical groups there, whereby he played on many records and helped to compose some of these records. His contribution did not go unnoticed. For his involvement in a single called “Unrecognized Country“ from the album “The Journey“ he received the bronze medal of the “Global Music Award“ in 2016.

Ehsan is currently a university student to obtain the academic degree of Bachelor of music. He is also part of the highly renowned and well-known band called “Kakoo band“. Furthermore he is on the verge of producing his own album.